“Your bag is over weight, but when we combine both of your luggage allowances, it’s fine”, “no need to worry, buses run all night from Surfers back to your hotel”, “even though you’re amongst the last to checkin, I’ve assigned you emergency exit seats”.

The trip over to Japan wasn’t bad, not bad at all. We flew Melbourne to Coolangatta (Gold Coast) on Friday via Tiger Airways, and despite my bag being slightly overweight (oh come on, it’s not easy to pack a years worth of clothes into 15kg!), they combined our luggage – and as Matt has an amazing ability to pack lightly, we were fine. Our stay in Coolangatta was short but sweet (the hotel was a 5 minute walk from the aiport, right next to the beautiful beach and a 40min bus ride from Surfers Paradise). Checkin for our Osaka flight was quick and trouble free – and we snagged the emergency exit seats on a half full plane. Arrival into Osaka was great, as we stayed at a hotel I had previously stayed at (New Chuo Hotel) so finding it was a breeze. All in all it was a wee bit scary how easy it all was, but our confusion of Osaka’s subway over the next few days certainly levelled the playing field. 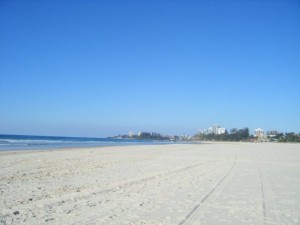 Beach near our hotel

Whilst in Osaka we’ve done the standard tourist activities, such as walking around Den-den Town (street full of electrical shops), stroll around Namba, watch families fish off the central pier at night (and see the sun set over the city) and visit a temple in Kyoto (Rokuonji Temple). But, as per usual, the most favourite activity was definetly people watching – for Osaka (and indeed Japan) has it’s own collection of distinct characters – from young girls in kimonos to teenagers with mountains of facial peircings, to salarymen, to old grandmas tottering around in floral print, there is always something different to see. 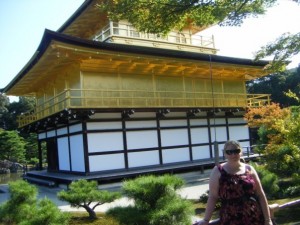 At the Golden Pavillion

Tomorrow morning we’re off to Fukuoka – we managed to book our first two nights in a cheap hotel (despite leaving it to the very last minute), and intend to start hunting for an apartment straight away. Fingers crossed please! Flight doesn’t leave until 5pm, and a reference website assures us that the trip from our hotel to the airport should take 50mins, so we are assuming that, with our incredible ability to catch trains that terminate before our destination, the trip will take at least 3 hours. So we will be leaving when our hotel kicks us out, 6 hours before our flight. Better to be safe than sorry! 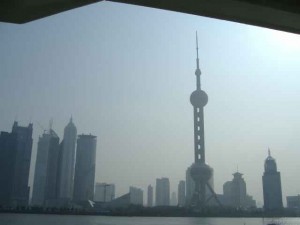 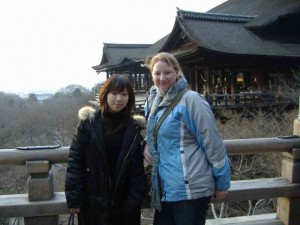